Why Businesses Need Social Media this is a question you should be asking about your business, chances are, social media is affecting the way you operate right now.

Currently, you may think that social media has no effect on your market niche.

However, if it is not happening now, it will happen sooner or later. Therefore, you should care about social media because it has already affected every field or industry you can think of; and by being aware of its use and influence, you can use it to your advantage.
The effects of social media are inevitable. People, in the real world, do not change instantly; perception and preference, takes time and effort to completely change. However, it is a different story online, where people’s decisions can be influenced easily, especially when they see something better. With the way social media works, this occurrence happens easily and frequently. The number of people involved combined with the rapid changes in technology make social media a force difficult to deal with.

Look at how social media has changed the way we look at entertainment. In the movies and television, traditional advertising and promotional tactics rarely work. Instead, entertainment companies go online to promote their goods. Movie producers feed trailers and “exclusive” movie clips to social media users to generate interest. The producers do not even have to lift a finger; thanks to social media, information such as movie clips, pictures, and videos can easily be sent to the end-user through a variety of ways. Television producers use websites to promote their shows. They promote these “real” websites based on the show to generate buzz, as in the case of NBC Television’s Heroes and ABC’s Ugly Betty and Lost.

Traditional media outlets now have to compete with social media due to the existence of Google News and Digg and besides these they also have to compete indirectly with bloggers. Journalists have to contend with bloggers for scope and even though most professional journalists have the funds and the means to compete with bloggers, the blog authors still have the advantage. After all, bloggers simply need to write a story or create a video; and instantly post them online. Journalists, on the other hand, have their pieces edited with a fine-toothed comb – and then wait for their newscast to air or their newspapers to get published.

Hence, we see the rise of Internet celebrities such as Perez Hilton or the famous/infamous website TMZ (which, ironically, spawned a television show thanks to the popularity of its site). Even mainstream entertainment media has to adjust; powerhouse publications such as People, Entertainment Weekly, and even the News York Times have entertainment blogs now.

How to use Social Media in Business

If you own a brand, you should be on the lookout. social media users, who are also customers and consumers of various products, constantly talk about various services and consumer items. And most likely, they are talking about your brand, defining how other people will perceive your organization or your business. You may have spent millions on brand imaging, but this effort is futile against the words of social media users, who redefine image through blogs and discussion forums. They talk to each other about their ideas regarding your brand, affirming their opinions and, ultimately, adhering or disagreeing to how you see your own brand.

As a retailer, you do not only have to contend with online vendors; social media users can now buy items from each other. Social media users can easily compare your prices with the prices of your competitors. They can easily see who provides the better service for a much reasonable price. Your shelf space, no matter how big it is, is no match against the infinite selection of online retailers.

Customers may see financial service companies as a useless luxury, since they can get free financial advice at Yahoo! Finance or Motley Fool. With PayPal, consumers do not need credit cards to order online. People are rating the services of businesses. Even the people inside your own organization are scrutinizing and comparing your every move through social networks.

As these examples show, social media has ultimately changed the balance of power in business. Now more than ever, it is truly the consumer who holds the power, who indirectly affects decisions and changes within various industries and fields. But it also works both ways. You can use social media to change the consumers. Specifically, you can change the way they perceive your brand. If you do not use social media, you will see the results sooner or later. Your brand will become less competitive. This, in turn, can eat your profits and diminish the source of your organization’s strength.

Twitter
Facebook
Google+
LinkedIn
Pinterest
YouTube
Disclaimer The information on this site is, provided at no cost to you, with the intention to help and assist new startup businesses and give advice to established entities helping businesses grow. The general nature of the information may not be fully comprehensive, and it is, recommended that it not, be used, in place of professional and legal advice. The content provided may not apply to your particular business therefore we cannot give any guarantees the information provide is suited and up to date. While we make every effort to provide the latest business information, it may be possible that some content and information may be outdated. Therefore: The Arcos Group of companies does not take any responsibility for any possible mistakes or misapplied information and the consequences arising from that. Caution any information provided will be used, at your risk. Always seek independent advice from agencies specialized in best practice suitable for your type of business. The Arcos Group, it's employees or content providers are not liable for any damages or losses arising from your use of this or other of our websites. 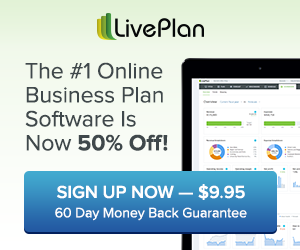 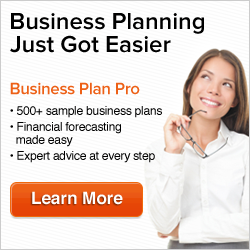 Copyright © 2013 http://arcos-creator.com is part of Arcos Group of Companies All Rights Reserved