What I Like About Living in North East China

Why would anyone want to visit N.E China in winter, Shenyang (where I reside) with a population of some 8m+ is off the main tourist routes and is often overlooked. Wedged between North Korea to the south and Siberian Russia to the north, North East China in winter can be bitterly cold.

Shenyang has lot’s to offer, being the founding capital of the Manchu’s Qing Dynasty. History is everywhere in Shenyang with some fantastic historic sites, all World Heritage listed.

A smaller version of the Forbidden City (without the crowds), two Manchu tombs of founding Qing Dynasty Emperors also numerous temples and mosques.

In the recent past, Shenyang has seen some tumultuous events, occupation by Russian Forces, oppression for Japanese occupation and Civil War all of these events have left their mark some for the better.

The Japanese Occupation is still remembered with Bitterness especially amongst the older generations; Shenyang has a unique Museum the 9.18 a museum in memory of Mukden Incident on September 18, 1931.

Located on the site where the Japanese troops destroyed the South Manchuria Railway, giving the Japanese the excuse for the invasion of Manchuria under false pretexts. The museum goes into graphic detail of the atrocities committed by the Japanese forces and the infamous Unit 731 with its biological experiments undertaken on live Chinese victims.

Colonial Russian and Japanese architecture abound, the Rail Network was initially constructed by the Japanese with the two main Rail Stations, North and South classic examples of Japanese Colonial architecture.

Shenyang is a melting pot of culture having influences from Manchu, Mongolian, and Korean cultures. With a significant Korean population, and with Shenyang having its own Korea Town. Korean culture has had a big influence on regional food, pickled cabbage in various forms including Kimchi is common making the staple base for many soups, and dumplings and Korean Noodle Houses and BBQ Restaurants abound.

Back to winter, and guess what it’s been snowing again, the rivers and lakes are frozen, great time for some winter activities.

With two Ski fields in close proximity; and while not world class they are very suited for most levels beginner through to the more experienced. Equipment is available to rent (very cheap) one area provides four alpine ski runs served by five cable ski-lifts that give access to the mountain area of 500acres.

Do you like Ice Skating, there are lots of places to go in the winter. Nanhu Park and Beiling Park both have lakes that are cleared for skating, and skates can be rented by the hour. Many shopping malls have rink’s so you can skate year round if you wish.

A great site to visit, in winter, is the Shenyang International Ice and Snow Festival with a multitude of Snow Sculptures and Ice Carvings, Large sculptures of animals, palace and natural scenes with detail that make some look almost lifelike.

I have only just touched the surface; North East China has a lot more to offer. Beautiful mountains, forests lakes and rivers, ancient temples, palaces, little known and rarely visited sections of the great wall. Shenyang is a great hub to explore North East China it, has so much to offer. I hope you enjoyed this brief insight as much as I enjoy living here, I hope to share more very soon.

Darren is a semi-retired senior executive and serial entrepreneur who runs a number, of successful businesses both online and offline.

With 30+ years experience in management and as a management consultant Darren has a can-do attitude and offers real practical advice that can be used for any business no matter the size, Darren is using his time focusing on online opportunities and building better businesses.

With global experience managing and directing multimillion-dollar mega construction projects and businesses. Darren has a wealth of practical experience to share and wants to help you and your business. 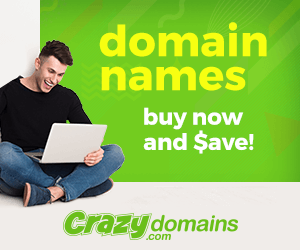 Copyright © 2013 https://arcos-creator.com is part of Arcos Group of Companies All Rights Reserved